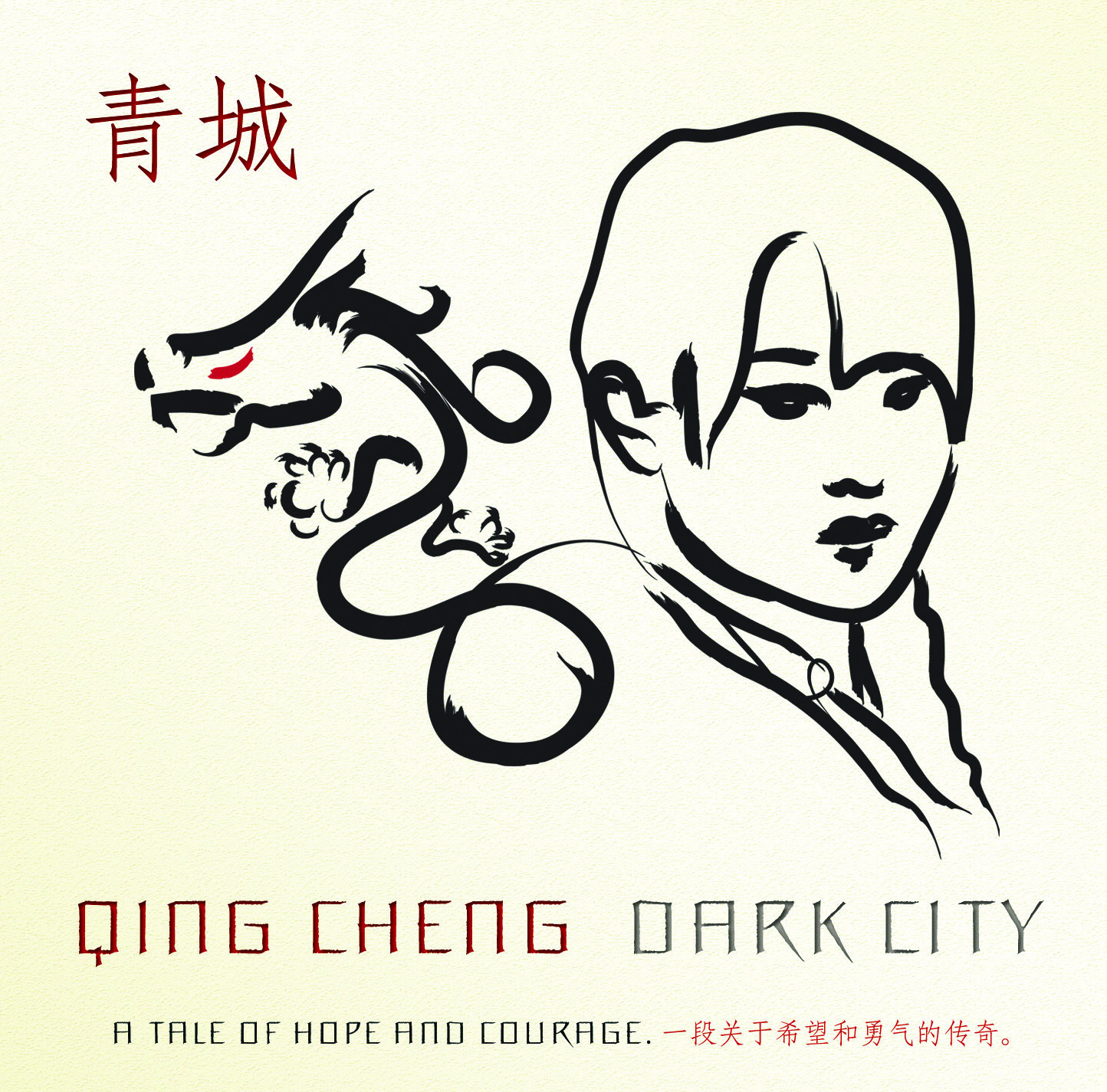 Update Required To play the media you will need to either update your browser to a recent version or update your Flash plugin.

Qing Cheng takes place in the Dark City, the most densely populated place on earth. The story of Qing Cheng features two compelling characters; Ahn, an innocent young woman who faces loneliness and confusion in the forbidding surroundings, and The City, an awe-inspiring spirit of the metropolis who embodies power, greed and also mercy – he is life itself.

As the story begins, Ahn arrives in a place filled with shadowy passageways within enormous towering structures TRACK 2: Last Place On Earth. The Dark City is alive with buzzing activity as ghostly figures rush back and forth. Ahn stands alone amid the mysterious chaos and expresses her feelings of turmoil and isolation.

The City enters to proclaim himself and his power. He appears as an elaborate urban dragon connected to everyone and everything TRACK 3: I Live. The City initiates Ahn into his world by taking her only possession. In despair, Ahn longs for her home TRACK 4: What Was Mine.

In this dark moment, a gentle old man gives her a small gift, and a new perspective TRACK 5: Here Now. The world of the Dark City changes slowly from black and white to color.

The City stages an elaborate production to show Ahn and the audience his world. Citizens step out from the shadows to join in the show and sing about TRACK 6: The System – the way the world works in this place.

One by one the featured performers introduce themselves to Ahn and share their way of life with her. Each featured performer represents a different quality of character, a different virtue. She meets a Business Man (Ingenuity) TRACK 7: Land of Opportunity, a Working Man (Diligence) TRACK 8: Anything So Fine, an Old Lady (Kindness) TRACK 9: A Lot Like Me, and the Old Man (Faith) who is guiding her. Each of them gives a piece of their strength to her and she collects the pieces. As she interacts with them, Ahn begins to discover that she may find a home with these people.

The City observes the proceedings and challenges Ahn’s belief that there is something new, something beautiful to see in his world TRACK 10: Something New in the Air. She defends her feelings and The City turns inward to examine his own power, and realizes he might see something new about the Dark City too, about himself.

Ahn is becoming part of the Dark City now. She and the citizens celebrate a festival day together, embracing the happiness in the occasion. She has brought a new light of youth and hope to the place, which is felt by everyone TRACK 11: From Now On.

At the height of the celebration, The City enters in a fury to stop the festival. The citizens instinctively retreat to the background, all except Ahn, who steps forward to face The City and his power. She tells him that the festival is part of their life, and that there is power in goodness, and faith as well as power in darkness and control. All of this power is in him, and The City begins to recognize the truth.

Ahn sings of her feelings of light TRACK 12: Look Up, while The City sings of his transformation from a spirit to a man. The two of them join together in a chorus of hope for the future.

The Dark City is torn down, and The City begins to fade away TRACK 13: Walls Come Down. He cries out to the heavens that he still lives, even though the buildings are destroyed and the people are leaving. Ahn knows that she must start over in a new place, and she helps the other citizens to look to the future as well. As they prepare to separate and leave for a new life, Ahn knows she will hold her memories of this place dearly TRACK 14: Starting Up Again.

In this way The City goes with her, and lives forever in her heart.